Stay on a luxury wine estate for wine tours in Languedoc

THE WORLD'S MOST EXCITING WINE REGION
Find out more

History of the estate

History of the estate
Château Les Carrasses was built in 1886 by the de-Zelicourt family, a noble family from Toulouse. They commissioned renowned Bordeaux architect Louis-Michel Garros to construct a modern estate on their lands in the commune of Quarante. Garros responded in typical eclectic style with Les Carrasses, which emerged as an important estate, producing around 700,000 litres of mostly red wine per year.

The turn of the century proved to be the highpoint, with overproduction and cheap imports of wine from Algeria soon causing prices to collapse. A clean water supply, two world wars, changing tastes and the emergence of New World wines brought waves of competitive pressure to bear on the industry. Les Carrasses, like many others, gradually declined into stately moribundity, continuing to produce as it always had, but selling into an indifferent market, which oversaw its gradual decline.

Despite the economic challenges the Château remained in the de-Zelicourt family until 2008 when it was sold to Karl O’Hanlon and Anita Forte, who were looking for an estate to transform into a rural retreat. The transformation of the Château and the outbuildings took three years, when production was moved to the modern facility at nearby Domaine de Cibadies, with the current incarnation of the estate opening its doors to visitors in 2011.

Find out more
Tastings & Workshops
We hold regular tastings and events with the people behind the wines, giving visitors an insider’s view of Languedoc winemaking. Events are held throughout the year and are available on demand for groups of 4 or more.

Our wines and other wines from our different estates can be enjoyed in the restaurant, or purchased from the Salon to be drunk in your accommodation, purchases will be added to your final bill, payable on check-out.
Rates

Our flagship AOP Languedoc La Serre wines are made with specially selected grapes of exceptional quality, with almost the entire production sold directly at Les Carrasses. The white is an elegant blend of Grenache blanc, Vermentino, Marsanne and Viognier. La Serre red is a smooth and sophisticated mix of Syrah and Grenache aged in oak barrels for 11 months.
Tasting notes

Find out more
Wine trails
Discover the vineyards surrounding Château Les Carrasses on foot or by bike. Maps our available at reception and the trails are signposted in French and English with both trails starting at the wine cellar.

During summer weekly guided walks are organized to learn to recognise the grape varieties that are at the origin of our wines followed by a tasting back at the cellar. Out of season please enquire at the time of booking to check the availability of our guide.

By booking on our Official website, you are guaranteed to benefit from the best booking conditions :
Best available rates
Last available rooms
Secure payment at no extra cost
Immediate processing of your reservation

We did not find any availability for your selected criteria. This may be for the following reasons:

Rooms may no longer be available during this period.
There is a minimum stay rule during the dates you have chosen.
The number of people you have indicated does not correspond to the capacity of the rooms.
The promotional code you entered is no longer valid or is not compatible with this type of service.

For further details you can contact the hotel directly by phone or email. Close
Explore
Gift box collection
Discover Château Les Carrasses, an exceptional wine estate thanks to our tailor-made gift boxes for overnight stays and meals in the restaurant. 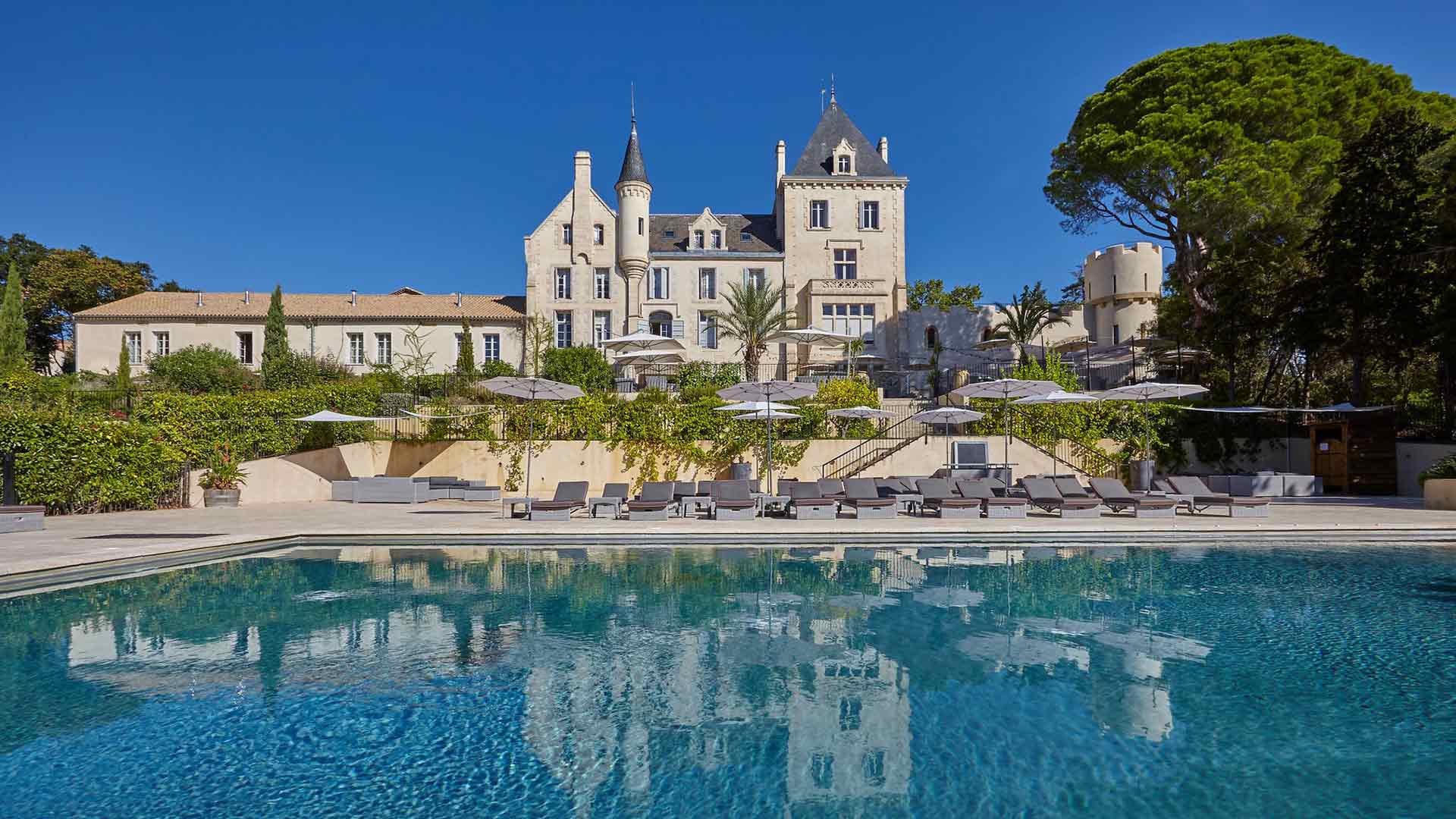 Offers & packages
Take advantage of our offers and packages throughout the year for a unique experience at the Château. 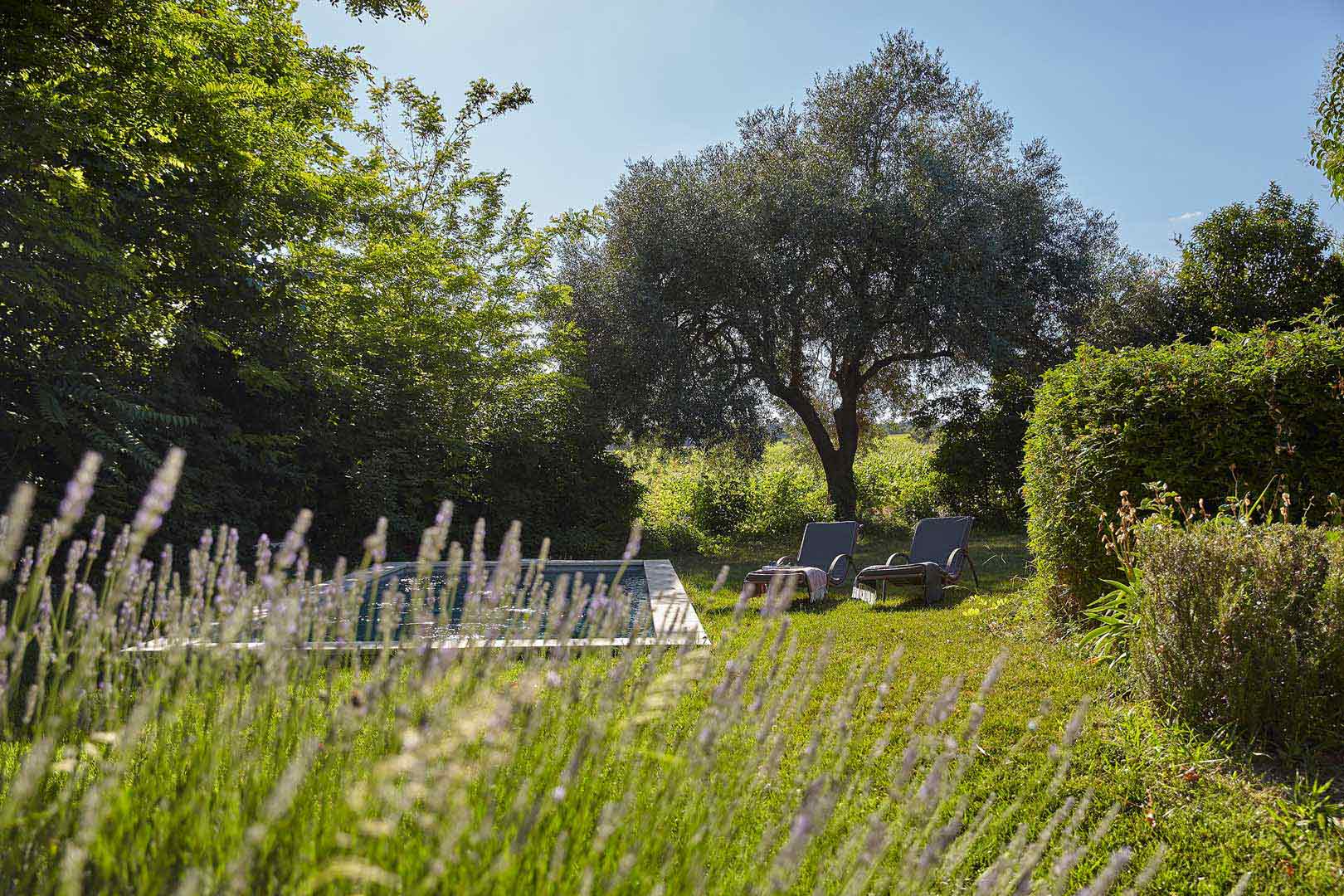